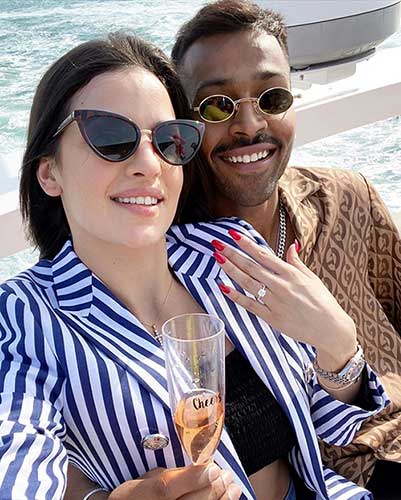 Natasha Stanovich was born on 4 March 1992 in Serbia

Natasha Stanovich’s is currently dating Indian Most Famous cricketer Hardik Pandya. On 1 January 2020, Hardik Pandya shared the news of his engagement with the fans.

She was part of a dance performance in item number of Prakash Jha’s 2013 Hindi film Satyagraha.  She attended Ballet Dance School for seventeen years, then she started modelling in Serbia. She came to Mumbai in 2012 and started advertisements for Johnson and Johnson. In 2014, She had a cameo appearance in Akshay Kumar’s film Holiday. She participated in the eighth season of Indian reality show Bigg Boss 8. Due to some Bigg Boss house rules, Stankovic started to learn Hindi language to stay at Bigg Boss house. On 19 October she got evicted from Bigg Boss 8.